For the latest on

After what seems like an eternity of talking about home foreclosures, short sales and months on the market, conversations about the local market now include occasional references to low inventories, multiple offers and homes that sell in a week or less. 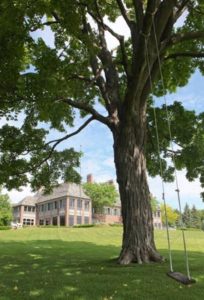 Even the top tier of the market is showing some improvement, with pending sales up 13 percent from a year ago for the $1 million-plus homes, according to the Minneapolis Area Association of Realtors.

So, what’s for sale in the upper crust? In the Twin Cities, that means checking with Coldwell Banker Burnet and Lakes Sotheby’s International, the two agencies that seem to have a lock on the most expensive residential real estate listings in the market.

The top 10 listings range from a well-known $24 million landmark to modern homes for a bit under $7 million. There’s even one foreclosure priced for less than $6 million.

“Obviously we’re not as expensive as the coasts,” said Linda Blyth, who leads the Wayzata-based Distinctive Homes division of Coldwell Banker Burnet.

Measuring value is quite subjective, however.

“When you get into very expensive homes, there aren’t comps (comparable sales),” Blyth said.

Indeed, these homes remain a small sliver of the market. MAAR reported 322 pending sales of $1 million or more out of a total of 46,119 in the 12 months ending May 31.

In addition to a bump in pending sales in the top tier, the percent of original list price for closed sales is up 0.9 percent to 85.2 percent.

Even so, it’s taking longer to sell these homes: 277 days compared with 264 days a year ago. Listings are down 6.6 percent to 537, meaning it would take 20 months to exhaust the current inventory – better than the two years it was taking a year ago.

Last October, for example, cosmetics executive Horst Rechelbacher made news and set a sales record for the year when he paid $6.9 million for three unfinished units making up the top two floors of Phoenix on the River, an 80-unit condominium project on the Mississippi River’s east bank in Minneapolis. Estimates are that the finished space will create the city’s first “condo mansion,” worth more than $10 million.

Agents say the lack of sales doesn’t reflect a lack of money.

“We have a Fortune 500 crowd that is doing quite well,” he said, referring to the area’s concentration of corporate headquarters on the Fortune 500 list.

There also are doctors and other medical professionals, real estate owners, developers and managers, university administrators and others. Two-income professional households increase the buying power.

Wanninger said agents network and follow business news closely to see who might be moving in—or out. The major shake-up at Richfield-based Best Buy, the growth of UnitedHealth Group and other corporate changes all mean top-level people could be buying and selling homes in the area, he said.

Money doesn’t always show up in big homes here, Wanninger noted. Upper-bracket owners often have multiple homes around the country and the world. Many keep a relatively low-profile here and spend far more on homes in luxury vacation spots, he said.

“Both the buyers and the sellers at the upper bracket really despise having what they consider their private business in the spotlight,” he said.

The usual marketing tools don’t apply at this altitude. Lawn signs are out of the question. Open houses are rare. Most sellers don’t want to show their houses to anyone who hasn’t already been pre-qualified for financing.

“There isn’t a pat rule,” Blyth said of the process. “These are unique properties that are handled individually.”

Without a doubt the house at the top of the list is as unique as it is well-known.

Southways, the summer estate of the Pillsbury family, tops every list of Minnesota mansions. Once priced at $54 million, it is now listed at a mere $24 million.

“It wouldn’t be out of the ordinary if it were on Long Island,” said veteran Coldwell Banker Burnet agent Meredith Howell, who has the listing for the property.

In Minnesota, the 32,461-square-foot home and its 15-acre site puts it in a class by itself. A sale requires someone with not only the money to buy it but also the money and commitment to maintain an estate where the property taxes alone run more than $200,000 a year.

Former Minnesota Vikings co-owner James Jundt bought it in 1992 and spent years restoring it. Now James and Mary Jundt are retired and ready to pass it on.

“We’re just waiting for that very special person, like the Jundts, who would like to take over the stewardship of this property,” said Howell. She hinted that there is at least one person considering the challenge and others who could.

After Southways, prices on the Top 10 list drop off sharply, to a mere $12 million.

Sure, you still can get a lot of history and grandeur for that price, but if you’re looking for something really different, check out former strip club owner Larry Kladek’s 78-acre estate in Inver Grove Heights.

The estate includes a 24,000-square-foot home, a 10-car garage and a seven-acre private lake. There are the usual amenities and some unusual ones, like a 500-gallon, cylinder-shaped aquarium built into the center of a spiral staircase.

For just under $7 million, you have your choice of a dramatic contemporary home in Wayzata or a 1906 landmark in Minneapolis.

The least-expensive listing is a $5.4 million, bank-owned home at 1655 Bohns Point Road in Orono.

The southernmost entry, geographically speaking, is an 8,900-square-foot attention-grabber in Credit River Township, listed at about $6.5 million by Tony Ashworth of Coldwell Banker Burnet in Apple Valley. He noted that the seller oversaw every detail of the project from the foundation to the finishes. “He has $7.8 million into it,” Ashworth said.

“This will be the highest resale in Scott County,” he said. Built in 1918 as the Pillsbury family summer home, Southways has 32,461 square feet of living space, with seven bedrooms, 13 bathrooms a 12-car garage and 15 acres of private land on Lake Minnetonka. Once listed for $54 million, but even at half the price it’s easily the top home on the list. Built in 2002, this 10,761-square-foot home has four bedrooms, seven baths and a carriage house on five acres along the lake. Jeff Hornig of Lakes Sotheby’s International in Edina nails both spots in this tie.

This three-story home, built in 1989, has formal gardens, pools and a fountain, plus seven bedrooms and 12 bathrooms. This 24,000-square-foot home has eight bedrooms and 13 bathrooms, an indoor pool, a two-story, 10-car garage, an atrium and two indoor hot tubs. There’s a 500-gallon, cylinder-shaped aquarium built into the center of a spiral staircase, a barn/guest house on the grounds and a seven-acre lake. A landmark Arts & Crafts home built in 1906 for Lawrence Donaldson, the property includes a 12,195-square-foot house with seven bedrooms and nine baths and 10 fireplaces, as well as a carriage house and a full acre along Kenwood Parkway. The owner of this seven-bedroom, 10-baths home added lots of high-end details, including a mammoth driveway featuring hand-set pavers. The 2.5-acre site is one of 44 large lots in Cress View Estates. Six bedrooms, seven baths and 12,000 square feet of finished space are framed by 2.5 acres of land and 180 feet of Wayzata Bay shoreline. With the style of a house in the Hamptons, this 9,683-square-foot home has four bedrooms, six baths, 350 feet of lakeshore, 2.97 acres of land and a carriage house.